At Reedswood, we want all children to succeed and enjoy sport whilst focusing on achieving their personal best.

We encourage all of our children to develop healthy lifestyles and take part in daily exercise. The school offers both intra and inter school sport and all achievements are celebrated. We want all of our pupils to be equipped to face new challenges in a positive manner and succeed through sport.

Record numbers of children again represented the school in a variety of competitions across both Key Stages. Once again, both Key Stage 2 football teams qualified for the Walsall finals, which were held at Bescot Stadium, after coming in the top four teams in the Willenhall league. At the finals the Year 5/6 team were only defeated by the eventual champions. We were very pleased to have so many children wanting to play football this year and as a result we were able to field A – C teams and have children playing in a variety of friendly competitions. As well as this we had a girls’ team in the KS2 league and a KS1 team, which won their group.

At the Black Country Games the academy also had a Change4Life team that represented the Walsall region. This team took part in a range of events, including golf, boxing and archery.

Furthermore, the KS2 basketball A team were the overall winners of their tournament.

Complementing these successes we have taken part in a great many other tournaments, competitions and friendly events. The Key Stage 1 multi-skills team did very well in their competition and had the overall winner in their team. The academy also took part in dodgeball, tag-rugby, multi-skills, agility challenges, skipping and a range of athletics events.

Finally, the academy were also selected to take part in an elite sporting event at Wolverhampton University, where our Gifted and Talented children took part in a range of events at the University’s high performance centre where the British Olympic Judo team are based.

Once again the academy was a host for the Super WIggles programme. We had record numbers of children and families taking part, where they took part in a range of healthy lifestyle, cooking and sporting challenges.

Once again we have had a successful year for inter-school sport at Reedswood, with a record number of children representing the academy.

Highlights of this year have been the Year 5 and 6 football in which we were able to win both the A league and the B and C league. The Year 3 and 4 team were also equally successful winning their league. All teams qualified for the Walsall finals.

In netball the academy qualified for the Black Country games, after becoming Willenhall champions and as a result represented Walsall against other regions.

In cricket the academy also had both the Year 5 and 6 team and the Year 3 and 4 qualifying for the Walsall finals. The Year 6 team were also Willenhall champions.

Furthermore, we have continued to take part in many more competitions and have had children representing the school in athletics, dodgeball, tri-golf, tag-rugby, multi-skills, agility challenges and skipping competitions. For the first time this year we were also able to enter a basketball competition for all year groups in Key Stage 2. The Year 5 and 6 team were overall champions of this event.

The academy has also once again increased the number of previously non-active children taking part in regular sport. To celebrate this we have been able to form teams in dodgeball, athletics, football and cricket of children who have previously never represented the school before. These teams have then gone on to take part in regional inter-school competitions.

We are also looking forward to our intra-school sports week as well as taking part in a regional E-Act event, promoting healthy lifestyles.

The academy is working with Walsall council again through the Super Wiggles programme and will take part in Wiggle Week.  Wiggle Week is a new healthy lifestyle campaign which introduces healthy behaviours to children by combining catchy song-words with well-known nursery rhyme tunes. The Wiggle Week campaign compliments the free 6 week healthy families programme ‘Super Wiggles’ for families in Walsall with children aged 2-7. The academy is, again, going to be a host venue for this in the Autumn term of 2018.

2016-17 was a successful year for Reedswood culminating in the academy once again achieving a School Games Gold award. This year we were able to compete in a variety of inter school sports, including: multi-skills, cricket, football, golf, netball, rounders, rugby, tennis, sports hall athletics, dance and dodgeball across various age groups. We were also available to field B teams in 7 of those sports as well as C teams in football, netball and rounders. This meant there were over 200 places available for children to represent the school.

We were really pleased with all our achievements especially winning our football league and then reaching the semi-finals of the cup competition. Furthermore, we won competitions in both rounders and netball.

A notable achievement was our work with previously non-active pupils was recognised when the academy represented Walsall at the Black Country Games in the Change4Life category.

Throughout last year 71% of our pupils were engaged in extracurricular sport either after school or at lunch-time. Further to this 21% of Key Stage 2 pupils regularly took part in leadership activities. We also increased the percentage of previously non-active pupils engaged in regular extra sporting activity.

Sports Day was once again a great success with all children taking part in between 6 and 9 events. As well as this our final day of sport week saw children competing for their class in a range of sports including football, rounders, hockey and dodgeball.

As part of our plan to engage previously non-active pupils to develop a healthy lifestyle the academy became a base school for the Walsall Council Super Wiggles programme. This is a family lifestyle programme delivered by Healthy Walsall. The clubs keep children busy with messy play, singing and dancing and loads of other games that allow them to let off steam in a safe, fun way. Plus, they also give children the chance to try out a wide range of new healthy foods.

To complement our work within the curriculum we have now extended after extra-curricular provision. Each day the academy runs a healthy focused breakfast club, where children take part in a range of physical activities followed by a choice of healthy breakfasts. After school clubs cover a variety of sports, which follow the Walsall competitions calendar. For those children unable to attend these clubs we also offer a range of lunchtime sporting activities.

We continue to be very proud that swimming lessons within curriculum PE are offered for all year groups across Key Stage 1 and 2. Up to and including Year 3, swimming takes place in the school’s own training pool. For Years 4 -6 the school has an excellent relationship with West Walsall E-Act academy and we are able to use their full size swimming pool. As a consequence of this the large majority of our pupils leave Key Stage 2 being able to swim competently, confidently and proficiently over a distance of at least 25 metres. Of the children leaving in 2017, 76% of children were able to swim at least 25 metres. Most pupils used front crawl as their preferred stroke, although many were able to swim using back stroke too.

Come and visit us!

Find out more
We recommend
About
Useful information
Contact 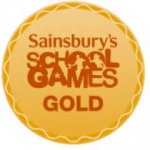 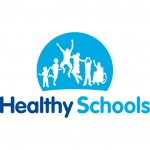 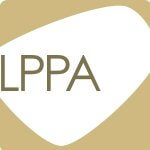 Everyone at Reedswood is working super hard at the moment through our virtual platforms. Find out below what we’ve been up to! https://t.co/X6fV178RpF